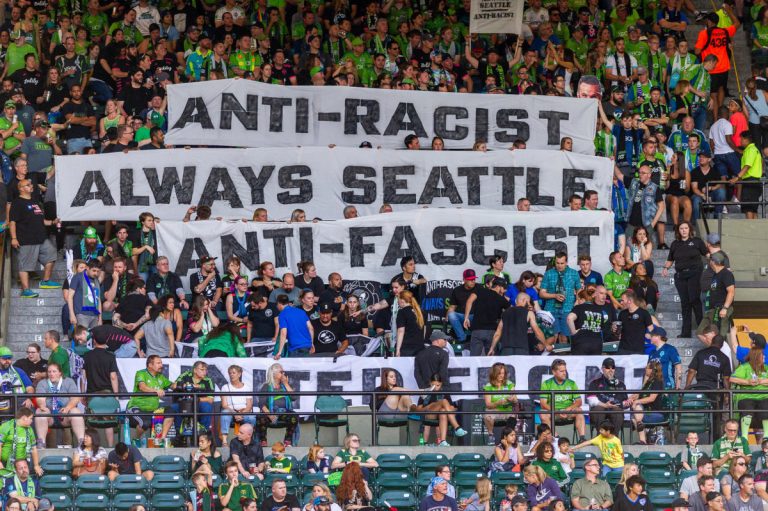 PORTLAND, OR – AUGUST 23: Seattle Sounders supporters group ECS (Emerald City Supporters) remained silent for the first 33 minutes of the game to denounce MLS stand on the iron front symbol during the Seattle Sounders 2-1 victory over the Portland Timbers at Providence Park on August 23, 2019 in Portland, OR (Photo by Diego Diaz/Icon Sportswire).

In the summer of 2019, soccer supporters across the United States banded together across rivalries and competition to form #AUnitedFront against a ban against the use of anti-fascist imagery and language on banners inside of soccer stadiums. By the end of the season, countless supporters had been kicked out of and banned from their stadiums for flying the Iron Front logo on flags or banner. This zine is a collection of two articles that appeared on anarchist and anti-fascist websites, documenting the leading points of the struggle against fascism in professional U.S. soccer.

You Will Hear Us: Anti-Fascism in the Terraces of Pacific Northwest Soccer Stadiums
Three Arrows Down: How Soccer Supporters Built an Antifascist Space Within the Sport 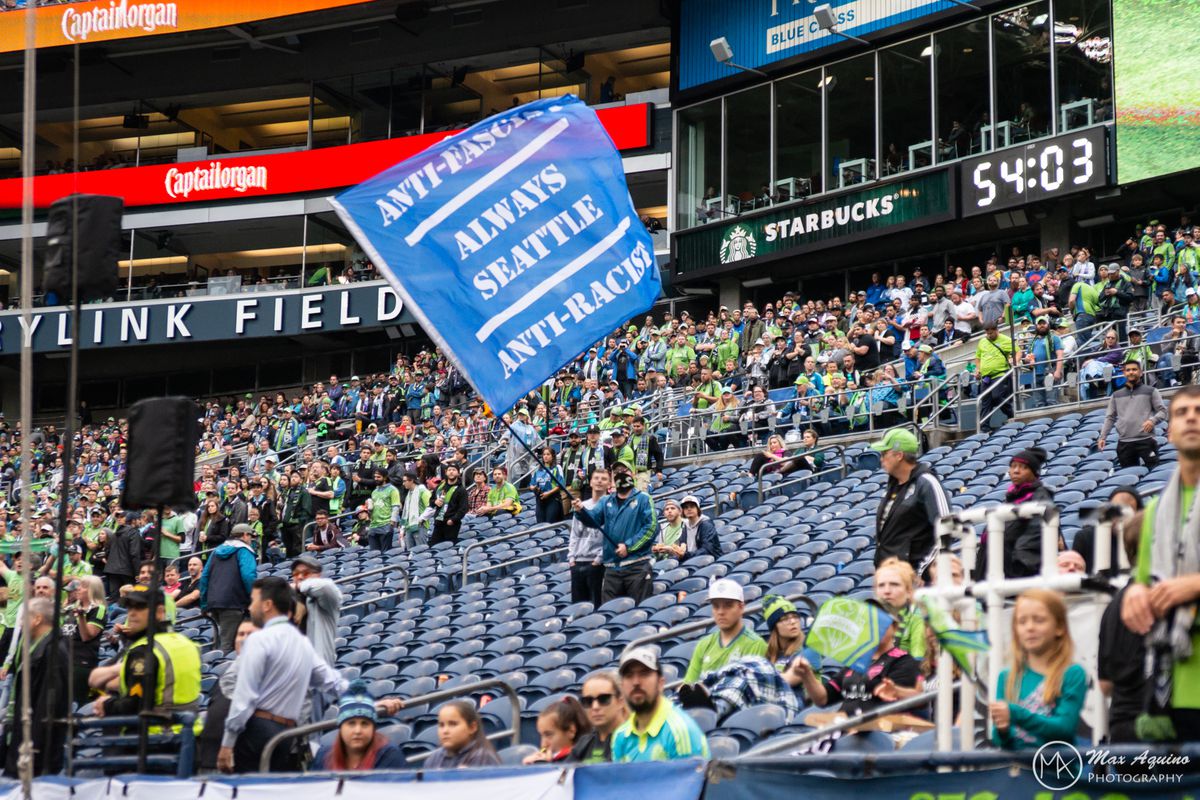